Intelligence For Your Life - How To Parent A Dating Teen

How To Parent A Dating Teen

A new study found that 1 in 5 parents dislike the person their teen is dating and have tried to wreck the romance! 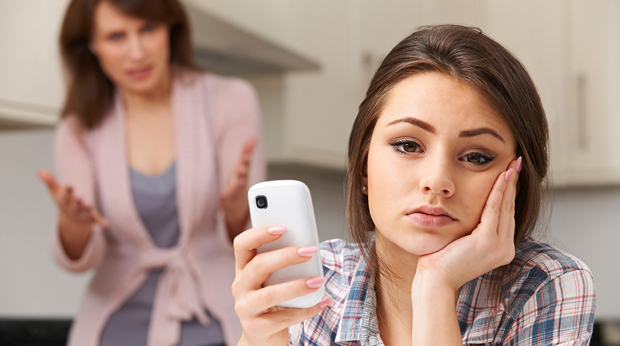 A new study found that 1 in 5 parents dislike the person their teen is dating and have tried to wreck the romance!

Parents will hide their kid’s cell phone, ground their kid to prevent the couple from seeing each other, or try to talk them into breaking up.

So why are parents meddling? Mostly because they don’t think their teen’s boyfriend or girlfriend is “good enough" - whether they dislike the kid’s family, their reputation. Or because they smoke, drink, or don’t get good grades.

But it’s not a wise move. Dr. Michael J. Bradley is a psychologist and author of “Yes, Your Teen is Crazy.” And he says that criticizing or putting down your kid’s partner will only make them more attractive. That’s because teens are trying to be independent, and part of that is to go against anything their parents say. So your negativity may simply push your kid away – and they’ll HIDE the relationship from you.

And according to Psychology Today, nothing stokes the flames of passion like secrecy. Dr. Daniel Wegner is a psychologist. And his studies show that couples who meet in secret become more attracted to each other than those who are dating openly.

And young lovers who have secret relationships actually cling more fiercely to their partners. Think Romeo and Juliet.

So a better move is to listen to your teen and give an honest opinion, but avoid giving orders or being too judgmental. Teenagers see that as you downplaying their independence, and they'll just shut down. This might sound a little like you’re being a friend and not a parent, but according to psychologists, you’re helping your child make smarter, more mature choices about who they date. And when researchers looked at the relationships of more than 200 young people, they found that when parents take their teenager’s relationships seriously, the teens had stronger, healthier relationships then, and in the future.