Intelligence For Your Life - How To Get A Cat To Like You!

Want to get a cat to like you? Whether it’s a friend’s cat, or one you’re considering adopting, here are some tips... 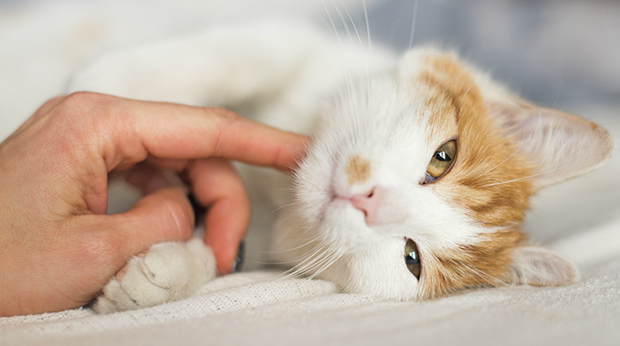 Want to get a cat to like you? Whether it’s a friend’s cat, or one you’re considering adopting, here are some tips from animal behaviorist Dr. Mikel Maria Delgado, from the UC Davis School of Veterinary Medicine.

#1: Let the cat make the first move, and let them leave when they want to. Research at Switzerland’s University of Zurich found cats are more likely to approach someone who’s relaxed and focused on something else, like a good book. That explains why cats are fascinated by people who are allergic, or don’t like them, and actively avoiding them.

Next, greet the cat like another cat: Friendly cats greet each other nose-to-nose. So, mimic that behavior by either getting on their level, or holding a fingertip a few inches from their nose. Cats will often take that as an invitation, and sniff the finger, or even rub up against it.

Then, once the cat’s within reach, pet their most-preferred spots, namely their forehead and cheeks. And avoid their lower back and tail, where most cats don’t want to be touched.

Another way to get a cat to like you: Play with them. A lot. Dr. Delgado says cats tend to act out when they’re bored. So, get some fishing-pole-type toys, and spend a few minutes a day flicking the feathers around to trigger the cat’s predatory instincts.

Finally: Keep your cat indoors. A study from Italy’s University of Messina found indoor cats were more “in sync” with their owners, and more likely to keep a similar sleep / wake schedule. Because cats are naturally nocturnal and like to wander at night. So if you don’t want your cat to be meowing at 2am to be let out, make them an indoor-only cat.