Intelligence For Your Life - How To Fend Off Aggressive Wolves

How To Fend Off Aggressive Wolves

So what's the best way for an unarmed person to fend off aggressive wolves? 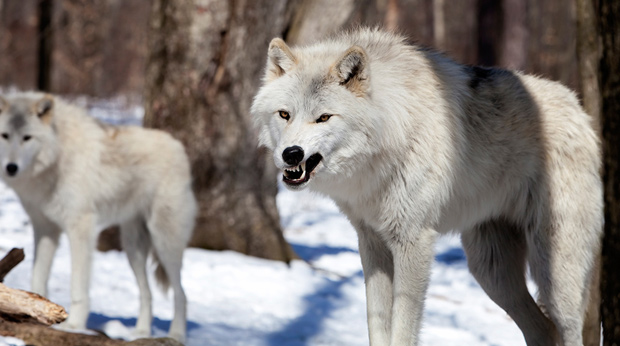 The Liam Neeson movie "The Grey" is about a group of oil rig workers that have to defend themselves from a pack of vicious wolves after their plane crashes in the wilderness.

So what's the best way for an unarmed person to fend off aggressive wolves?

According to hunters, trappers, and the veterinary faculty at the University of California Davis, the best defense against a wolf is to intimidate them. Yelling, throwing sticks or stones, waving your arms, and generally making yourself look as big and scary as possible can scare off wolves. They tend to become submissive when other animals appear dominant.

But if you can't scare a wolf away and you don't have a weapon, you might try to wrestle it into submission. Several years ago, a Canadian man fended off an attacking wolf by putting it into a headlock. Another man reportedly choked a snarling wolf with his hands.

Some biologists recommend making a fist with your hand and shoving it down the wolf's throat to prevent it from biting. A wolf might also leave you alone if you can climb a tree.

But one thing you shouldn’t do: Run away. It’ll trigger a wolf's predatory instinct to chase you.

But despite all those "Underworld" movies and “The Grey”, wolf attacks on humans are rare. A government report found there have only been 49 documented cases of aggression toward humans by wolves in Alaska and Canada in the last 70 years. Because, as a general rule, wolves keep their distance from people. You'd have to smear yourself with raw hamburger before they'd even come near you.