Intelligence For Your Life - How Happy Are You?

How Happy Are You?

What if we could measure our happiness as easily as we measure body temperature, or the stock market? 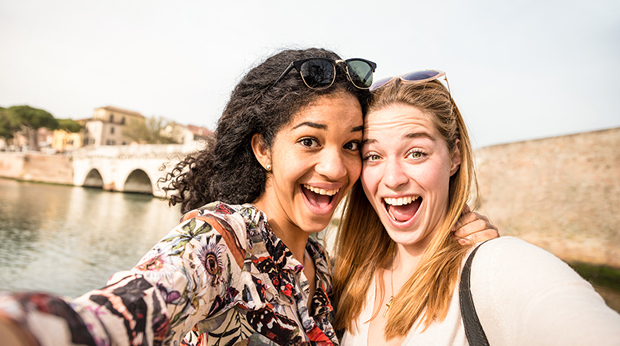 What if we could measure our happiness as easily as we measure body temperature, or the stock market?

That’s the goal of a project called the Hedon-o-meter, as in hedonism meter. It’s an interactive, online graph created by scientists at the University of Vermont, and it basically measures our day-to-day happiness just by analyzing the words we use in our tweets.

How does it work? Each day, powerful computers take a random sampling of over 50 million tweets, which represents 10-percent of all the messages posted on Twitter in a typical day. Then, computers look for certain keywords linked to our mood. For example, happy words like “fun,” “party,” and “holiday,” and sad words like “hate,” “ugly,” and “dying.” And based on the words we use, the Hedonometer calculates an average “happiness score” for each date, ranging from one to 9, with 9 being the happiest. So basically, it acts like a virtual “thermometer,” taking our emotional temperature.

And how accurate is the Hedonometer? A lot of psychologists say the science behind it makes sense. Because for many people, social media has become the go-to place for sharing information, and expressing our feelings. In fact, since the project began five years ago, the happiest days measured tend to be holidays, like Christmas, Mother’s Day, and the 4th of July. As you might expect, that’s when Twitter sees a spike in keywords like “happy,” “family,” and “love.”

Meanwhile, the saddest days tend to correlate with tragic world events. For example: In the last 18 months, the biggest drop on the Hedonometer’s happiness score was October 2nd, 2017, the date of the Mass shooting in Las Vegas. That’s when a lot of our tweets included unhappy words like “sad,” “prayers” and “tragedy.” Other sad days include the school shootings, the Boston Marathon bombings in 2013, the Japanese tsunami in 2011, and Michael Jackson’s death in 2009.

Want to check it out yourself? Go to Hedonometer.org.