How Being Nice Can Get You The Job

We explain why one of the most popular job requirements these days is being nice and companies are less interested in super-go-getters who will do anything to get ahead. 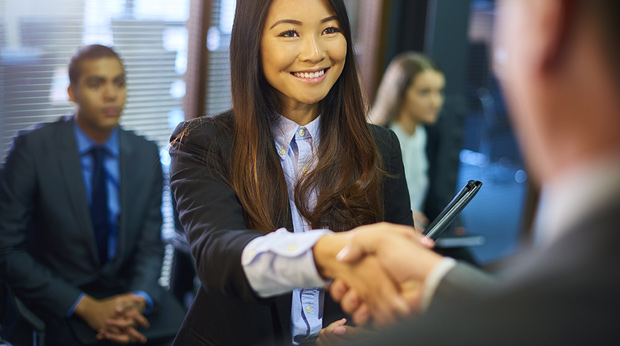 What’s one of the fastest-growing job requirements these days? Being nice. In fact, an increasing number of job sites literally say: “Nice people only. Life’s too short to work with jerks.” Of course, some companies are super-traditional and prefer to hire aggressive, ambitious people, who have a cutthroat, win-at-all-costs mentality. That’s because managers believe it’s good for the company’s bottom line.

But a growing number of companies are leaning the other way. And are specifically recruiting workers who are ambitious but still have a friendly attitude. Like Henry Albrecht, Chief Executive of the wellness company Limeade who wants only friendly, outgoing, team players. Because workers who are positive, generous, and willing to go above and beyond to help their coworkers tend to be the best performers and need the least amount of hands-on management. While workers who complain constantly, and will climb over anybody to get ahead, are tough to manage – and tend to lower productivity and company morale.

Another company on the “nice” bandwagon is Panera Bread. Chief People Officer Liz Dunlap says her company wants to create an environment where the customers and the employees feel comfortable, and are happy to be there. And they’ve found hiring workers who are good at collaborating and supporting each other – instead of backstabbing their way to the top – improves service, increases worker morale, and greatly reduces employee turnover.

And a lot of career experts say that “nice-hiring” companies are actually onto something big. A recent study found that nurses are more likely to quit if they work with a bully – even if they aren’t the target. The experts believe it would be good for business if all companies looked for workers who are unlikely to exhibit jerky behavior and hired supportive, collaborative workers, instead.