Intelligence For Your Life - Hot Trend: Pet Pictures With Santa!

What says “Happy Holidays” better than a picture of your pet sitting on Santa’s lap? 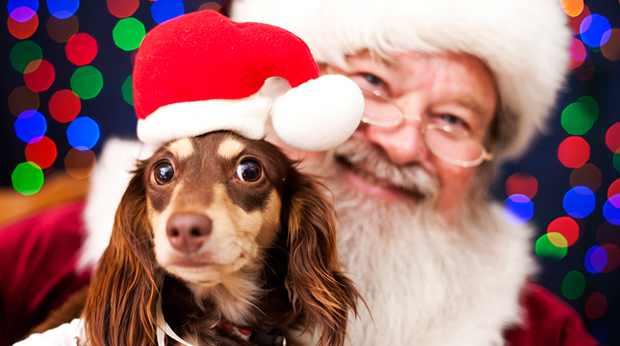 Taking the kids for a photo op with Santa is a family tradition in many households. But here’s the latest trend: Taking the DOG to sit with Santa! According to a poll, a whopping 27% of pet parents - that’s more than 1‑in‑4 - have already taken a pet to get their selfies with Santa this year. It makes sense when you consider

Millennials are less likely to be parents of human children, but they are leading every demographic when it comes to pet ownership. According to a survey by research firm Mintel, 44% of Millennials say they’re unsure if they want to start their own family. Meanwhile, three out of four Millennials in their 30s have dogs, while 51% have cats. That’s 20% more than the average population on both counts.

Psychology professor Jean Twenge from San Diego State University says pets are becoming a replacement for children. They’re less expensive. You can get one even if you’re not ready to live with someone or get married, and they provide companionship. And millennial MEN are more likely to look for companionship in pets than women. And Millenials are also twice as likely as Baby Boomers to have their pet pose for a picture with Santa. And Dr. Twenge says that’s down to social media, because what says “Happy Holidays” better than a picture of your pet sitting on Santa’s lap and posted on your Instagram page?