Intelligence For Your Life - Help Ward Off Cancer By Eating Spicy Curry! 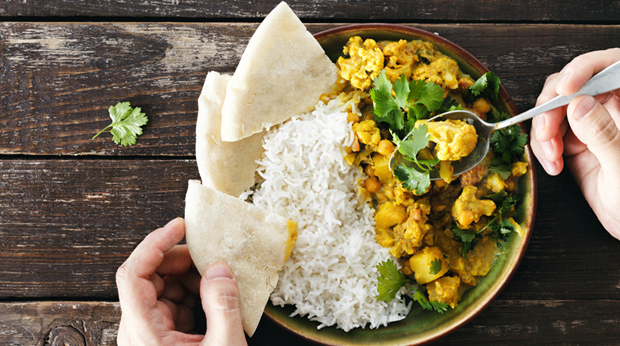 How often do we recommend eating spicy curry on this show? I know we’re a broken record on the subject, but this may be the strongest reason to eat curry ever: It’ll help you ward off CANCER.

That’s according to registered dietician Jane Clarke, who’s an expert on studying anti-cancer foods. She recently compared cancer rates in countries all over the world. And, generally speaking, she found the countries with the LOWEST cancer rates tend to be the ones where people consumed the most turmeric – which is the yellowish spice that helps gives curry its kick. For example, overall cancer rates are much lower in India than in western countries. In particular, US men get 23 times more prostate cancer than men in India.

Clarke says this makes sense because turmeric is loaded with anti-inflammatory properties, which are proven to ease headaches, arthritis, swelling, bruising, toothaches and acne. The spice is also fat-soluble, which means it’s quickly absorbed by the body when eaten as part of a meal, instead of as a supplement. As a result, the active ingredient in turmeric – called curcumin – goes right to work reducing the buildup of plaque in our bloodstream and brain. And recent studies suggest it also protects our cells in a way that prevents the growth of cancer cells!

Bottom line: If you want to be like the people living with the lowest cancer rates in the world, Clarke says the solution is simple: Eat more meals spiced with turmeric.