Intelligence For Your Life - Helium Is A Dangerous Party Drug

Helium Is A Dangerous Party Drug 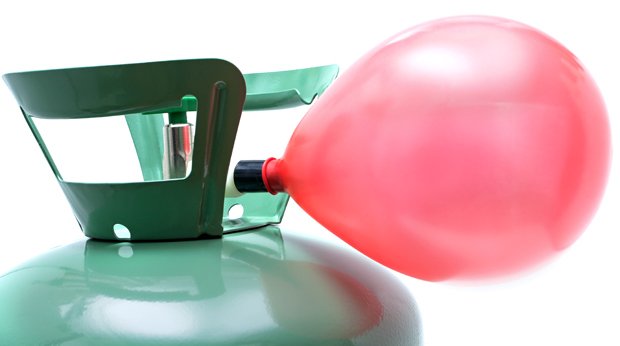 What's the latest dangerous party drug? Helium! The gas that makes balloons lighter than air, and can make your voice sound like a cartoon character.

One 14-year-old died after inhaling helium at a party. Ashley Long and her friends were drinking heavily, and smoking marijuana, then they began inhaling helium - not from an inflated balloon, but from a pressurized tank, the kind you use to blow up balloons. She passed out, and died later at the hospital, despite frantic attempts at CPR by party guests and paramedics. What happened? The pressurized helium she inhaled created air bubbles in her arteries, and blocked the flow of blood and oxygen to her brain. Dr. Marc Morocco is professor of emergency medicine at the UCLA Medical Center. And he says that what happened to Ashley is similar to "the bends" - which kills scuba divers when they surface too quickly because their bloodstream fills with gas bubbles, which can rupture blood vessels, explode lungs, and cause strokes.

And even if helium you inhale doesn't kill you, it can cause apoxia. That's a fancy word for altitude sickness. An illness caused by a lack of oxygen, which can make you feel woozy and nauseous.

So, parents, talk to your kids about the dangers of inhaling or ingesting anything to get high, get drunk, or make their voice sound funny. And kids - ask yourself, is going along with the other kids at a party worth the risk? Ashley's friends and family would tell you that the answer is, "No."