Intelligence For Your Life - Heat Waves Can Drive Us Crazy

Heat Waves Can Drive Us Crazy

Science now has proof that heat waves can drive us crazy. 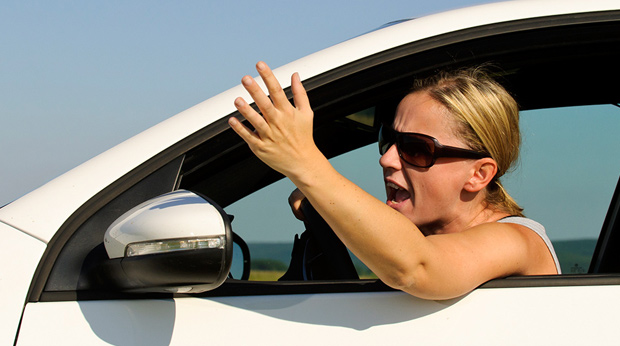 Scientists say that heat waves can drive us crazy.

Dr. Jeff Borenstein is the president of the Brain and Behavior Research Foundation in New York. He says that when the temperature goes up, so does our heart rate and blood pressure as our bodies try to regulate themselves and cool off.

And that can be bad news, because a heightened physical state is linked to aggressive behavior. We also tend to get dehydrated in hot weather, which causes us to become anxious and irritable. Even mild dehydration can cause our mood to crash. Combine it all and it’s a recipe for a freak-out, for even the most even-keeled people.

The weird thing is, when we’re hot, we don’t FEEL like we’re in that heightened state, with an increased heart rate. Instead, we feel sluggish and drained. So, because we don’t know that we’re actually worked up, we tend to explode and over- react to situations we’d normally take in stride on a cool day. For instance, if a driver cuts you off in traffic on a hot day you’re more likely to flip him off than on a cool day.

And it’s not just you. FBI stats show that when temperatures go up, so does crime! July and August tend to be the worst months for violent crime. People also drink more alcohol in hot weather, which also leads to more crime.

So, how can you keep your sanity in the midst of a heat wave? First, keep in mind that you’re not the only one who’s short-tempered. So be extra-careful on the road, and dealing with others. Also, drink plenty of cool fluids to stay hydrated and lower your internal temperature.

And generally, just be aware that even if you don’t feel like you’re on edge, you’re more likely to overreact.