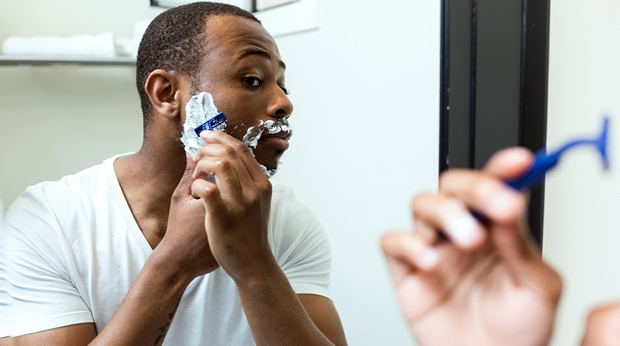 Attention, gentlemen! Are you thinking of growing a beard? Hold it right there! Because a new study found that women prefer you clean-shaven.

Researchers had 200 women look at photos of men with beards, and after they'd shaved them, asked the women whether they preferred the hairy or hairless look. The result? Guys, get out your razor! The majority of women rated clean-cut men as significantly more attractive than bearded ones. Also, the study found that women think a beard makes a man look much older, and a lot more threatening.

And that backs up another study that found that beards make men look more intimidating. In the study, Montclair State University researchers had 300 volunteers sketch the face of what they think a criminal looks like. The result? 82% of the volunteers sketched a bearded man.

So, why do beards have such a bad rep? Experts say that facial hair makes a man's overall face look bigger, and that automatically makes him seem more powerful and more mean. Also, a beard hides your face, which makes people think you literally have something to hide. So you come across as a less trustworthy person.

And a beard won't do you any favors in the working world either. A study of corporate CFOs found that less than 20% have any facial hair.

Of course, if you're applying to be a lumberjack or Santa, keep the beard.