Intelligence For Your Life - Guys Don't Diet The Way Women Do

Dieting isn’t just for chicks. A lot of men want weight loss help too. When a guy wants to “get in shape,” how does he go about it? 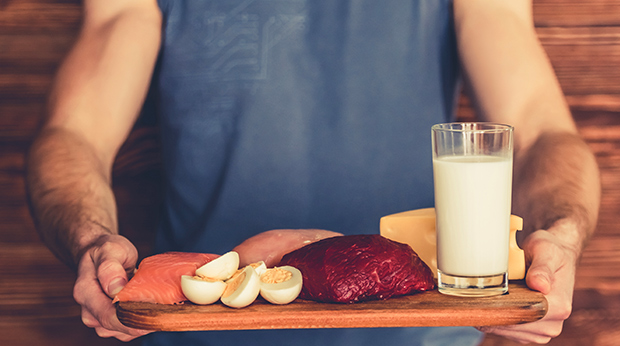 Dieting isn’t just for the ladies. A lot of men want weight loss help too. The thing is, not only do men and women lose weight differently, they diet differently too.

Jim White is a men’s nutrition specialist with the Academy of Nutrition and Dietetics. And he says, first of all, guys don’t like using the word “diet.” It has a feminine connotation. Instead, guys prefer to say they want to “get in shape.”

So when a guy wants to “get in shape,” how does he go about it? Well, the biggest thing men want in a diet is simplicity like “eat this, avoid that.” A lot of guys don’t have the patience to get involved in anything complex, like counting calories, points, or even cooking. But women like to know about nutritional science and how certain foods affect them mentally and physically.

As far as actually dropping pounds, biology plays a role and men tend to lose weight more quickly. That’s because men tend to have greater muscle mass than women and muscle increases metabolism, which means men burn more calories all day long. Because they see results more quickly, men actually find it easier than women to stick to a diet. A woman may give up if she doesn’t see herself making progress.

Another dieting difference between men and women: Guys want to lose weight on their own. They don’t want the camaraderie that’s important for a lot of women. They don’t want to share their progress and offer support to other dieters. Guys also want a cut and dried diet like “don’t eat carbs.” That’s why 40-percent of dieting guys go on a plan like Atkins.

Another diet guys like – ones that include fasting like the “5-2 Diet.” The basic concept is this: Eat sensibly five days a week, then “fast” for two days – meaning restrict your intake to 500 calories per day. Experts say it’s popular because saying “I’m fasting for two days” sounds more manly than saying “I’m on a diet.”