Intelligence For Your Life - Grunting Is Helpful For Some Sports

Grunting Is Helpful For Some Sports 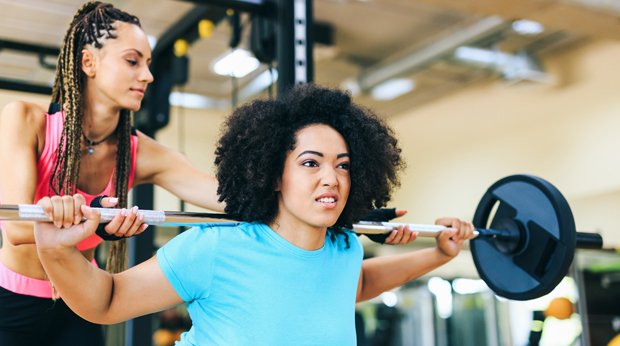 Remember the guy who got kicked out of his health club for grunting too loudly while lifting weights? Well, guess what - those primitive outbursts actually have a valuable purpose! According to the Los Angeles Times, health and psychology experts defend the practice of grunting during exercise and sports, because it gives athletes an emotional boost. In fact, if grunting is done right, it helps athletes focus on an explosive effort, like lifting heavy weights or hitting a baseball.
And for certain sports that require big eruptions of effort - like football or tennis - grunting can also fend off nervousness. But it can be distracting, which is why you don't hear a lot of noise from athletes in sports that require refined concentration, like golf. So, does grunting actually help make athletes stronger? A recent study in Texas found that it really doesn't. Of the 31 weightlifters they tested, there was no difference between those who grunted and those who didn't in how well they performed dead lifts, or how much weight they could heft.
Athletic grunting even has a scientific name: The Valsalva Maneuver. It's named after a 17th century Italian physician, and is similar to what happens when you pop your ears on an airplane, or exhale while blowing up a balloon. So, next time someone gives you a disapproving look when you're pumping and grunting at the gym, tell them to look up the Valsalva Maneuver. Believe me, you'll definitely be the smartest person in the room with that one!