Intelligence For Your Life - Goats Don’t Like Grumpy People!

The next time you’re face to face with a goat, make sure you smile! Because... 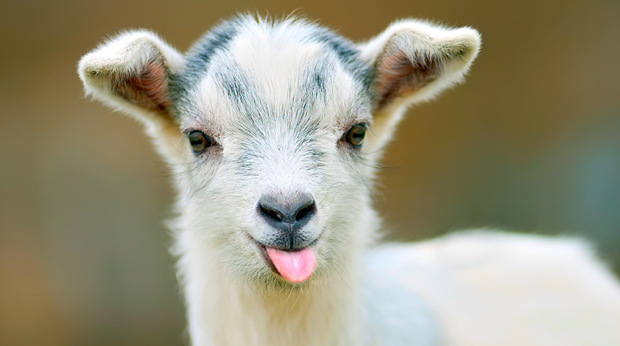 The next time you’re face to face with a goat, make sure you smile! Because new research shows: Goats don’t like grumpy people! That’s according to Queen Mary University of London. They discovered that goats can distinguish human facial expressions, and prefer a pleasant smile. Previous research has shown that goats have some pretty impressive cognitive abilities.

They can recognize other goats by sight and sound - and they communicate with each other through their eyes. That’s something only dogs, horses, and primates are known to do.

For this new study, the researchers offered the goats treats - and they happen to love dry pasta. But the pasta was placed in front of two pictures… One of a happy, smiling human face, and one of a frowning, angry face. The researchers selected faces that were unfamiliar to the goats, and used both female and male faces.