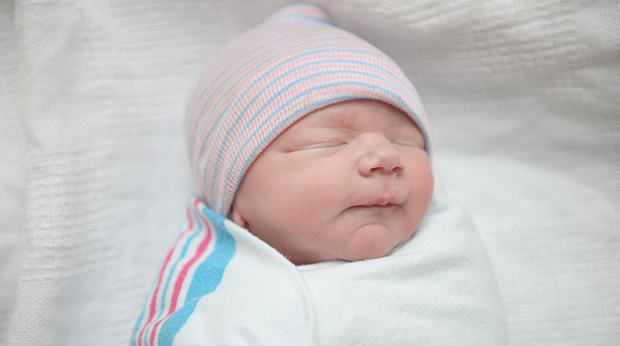 What's the first question you ask someone when they have a new baby? Is it a boy or a girl, right? Gender is the way most of us categorize people, but if no one knows a baby's gender, will the baby have fewer limitations? Could they play with Barbies AND GI Joe and no one would care? Is a baby better off when no one knows if they're a boy or a girl? A lot of people are asking that question ever since the story of the Witterick-Stocker Family broke.

Kathy Witterick and David Stocker are the parents of three children, two little boys and a new baby named Storm. Witterick and Stocker have decided not to tell anyone Storm's gender. Only the immediate family knows. The parents say they're allowing Storm to grow up without all the stereotypes that come along with a person's gender. They say parents make too many choices for their children and little Storm should be able to decide for itself, whether he or she wants a doll or a football for Christmas. The parents raised their 5-year-old son Jazz the same way - and he wore dresses, painted his fingernails and grew his hair, until his peers teased him into wanting to conform. However, many child psychologists think Witterick and Stocker are taking things much too far.

Dr. Eugene Beresin is the director of training in child and adolescent psychiatry at Massachusetts General Hospital. He says without a gender identity a child can't form a personal identity which is a critical part of normal development. According to Beresin the parents are setting little Storm up for a lifetime of bullying. The experts say it would be great if we lived in a world where a person's gender didn't matter, but we don't. When you force a child to live outside the mainstream, there will be consequences.