When it comes to your waistline, just how much of an impact do good food choices make? 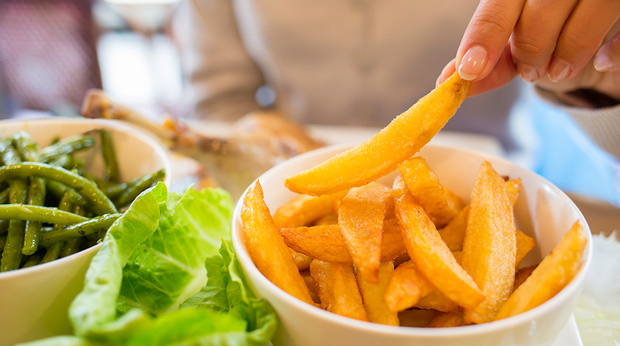 When it comes to your waistline, just how much of an impact do good food choices make? Apparently, a lot.

Researchers at Harvard University followed 100,000 people for 20 years. They collected detailed information about the foods people ate, and kept track of their weight. The result: Almost everyone gained a few ounces a year. That may not sound like much, but at the end of two decades, each person gained an average of 17 lbs.

What did the researchers find when they analyzed people’s food choices?

But certain food choices lead to weight loss, too:

And don’t forget exercise! Watching TV for just one hour a day caused people to gain 2 lbs over the course of the study. Researchers said it was the combo of inactivity and snacking. And since we typically spend about 3 hours a day watching TV – our TV habits make most of us gain about a third of a pound a year. I’d say that’s yet another reason to get up and move around during the commercials, just not to the kitchen for a snack.