Fast-Food Restaurants Are Adding Beer and Wine to Their Menus

The next time you go to a fast-food restaurant, don't be surprised if... 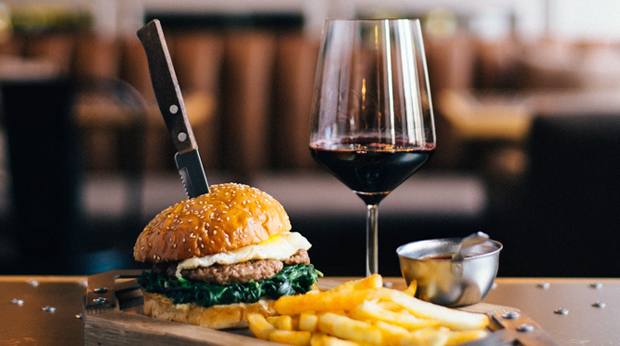 The next time you go to a fast-food restaurant, don't be surprised if you hear "Would you like a glass of wine with your burger?" instead of "Would you like fries with that?'.

According to the Associated Press, several burger joints and other "quick-serve" restaurants are adding beer and wine to the menu. For example, Burgerville - a 39-store chain in the Northwest - recently added wine and beer to one of its restaurants in Washington, Chipotle Mexican Grill sells beer and margaritas, and Starbucks recently announced that it'll start selling wine and beer at one of its stores in Seattle, as well as coffee and tea.

Randy Garutti is a managing partner of the three-location Shake Shack in New York City. He feels that serving wine and beer helps keep people at the restaurant to "hang out." In other words, people can linger over a glass of wine with their friends, instead of inhaling their burgers and leaving.

So is the fast-food wine and beer trend working? It seems to be. Sales are up at the Burgerville restaurant, and officials are considering offering alcohol at other locations. So the next time you're at the local burger joint, don't be surprised if you see people having a glass of chardonnay with their double-cheeseburger.