Intelligence For Your Life - Eat 2 Pounds Of Food Each Day And Lose Weight?

Eat 2 Pounds Of Food Each Day And Lose Weight?

That’s the “Be Hungry” diet. But does it work? 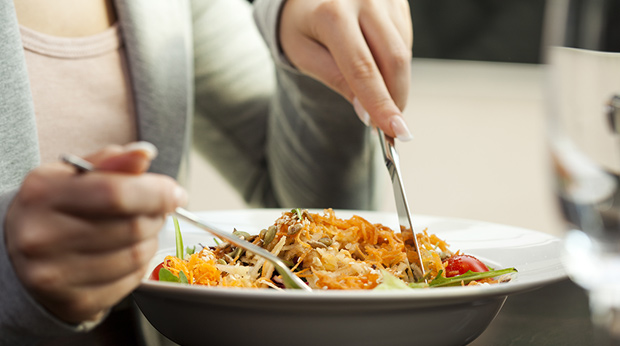 The latest fad diet is the Be Hungry Diet. It’s a new diet created by cardiologist Dr. Andrew Chung... and it’s based on his concept of being, quote: “wonderfully hungry.” Basically, he recommends eating no more than two pounds of food a day... which is about half what the average North American eats these days.

Why keep yourself “wonderfully hungry” all the time? As Dr. Chung puts it, when we’re 10 times hungrier, food tastes 10 times better. So we get more satisfaction from just a few bites, and want to eat less. Then, by eating less food, Dr. Chung says you’ll improve your health.

That’s the theory anyway. Unfortunately, the Be Hungry Diet’s been in the news lately, after a teenager who followed Dr. Chung’s plan died recently. The 16-year old weighed only 40 pounds when she died... and officials ruled that she starved to death! That’s why her mother, who claims to be a devoted follower of Dr. Chung, is now being charged with child cruelty and murder.

While Dr. Chung defends his diet, saying it’s based on science and scripture, others describe his recommendations as, quote: “disturbing”. For example: Nutrition experts say Dr. Chung’s two-pounds of food rule doesn’t account for the water weight in food. That’s a big deal when you consider that having the recommend 5 servings of fruits and vegetables a day can easily weigh close to two pounds... leaving you little room to eat anything else!