Intelligence For Your Life - Drinking Coffee Before Driving To School Or Work Will Keep You Safe!

Drinking Coffee Before Driving To School Or Work Will Keep You Safe!

Here’s a great reason to sip coffee BEFORE you drive to work or school... 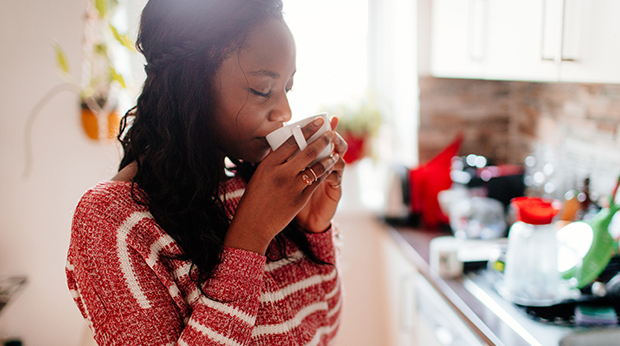 Here’s a great reason to sip coffee BEFORE you drive to work or school: It’ll make you safer behind the wheel.

That’s according to a recent study. Researchers compared the lifestyle habits of more than 1-thousand long-distance, commercial drivers – including about half that had been involved in a crash, and half that had NO crashes on their driving record. Then, they factored out some of the most obvious reasons for a crash - including sleep disorders, certain health conditions, and excessive driving without taking a break. The result? Researchers found that the safest drivers consistently consumed a caffeinated beverage, either before they hit the road, or during their drive! Mainly coffee, tea or an energy drink. And you can probably guess why… It’s because coffee is proven to stimulate us in a way that makes us more alert while driving. So, we’re more likely to spot road hazards, or other drivers doing unsafe things, before they become a problem.

Of course, you should never drive when you’re tired – no matter how much caffeine you drink to keep yourself awake. But if you’re well-rested, and have a cup of coffee before your next road trip, this study says you’ll reduce your odds of being in a crash a whopping 63%!