Intelligence For Your Life - Don’t Treat Your Cat Like A Dog!

You’re stressing out your cat… 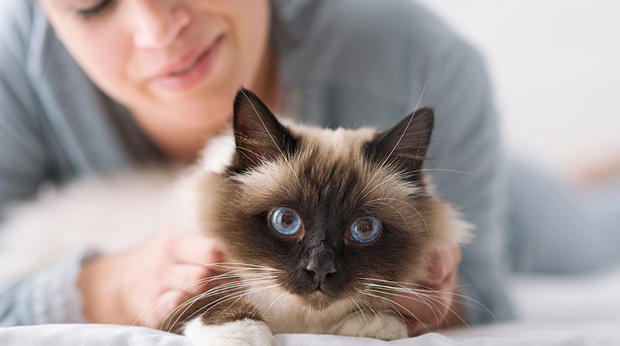 You’re stressing out your cat… by treating her like a dog. That’s according to animal behavior expert, Dr. John Bradshaw, who wrote the book "Cat Sense.”

He says, owners stress out their cats by thinking they’re as social as dogs, that they like to be petted as much, and that they need another cat to play with. But those dog-like qualities aren’t in a cat’s nature.

Dr. Bradshaw says cats are still partially wild – because the great majority of kittens are born from feral cats. They have the mentality of a hunter – but also of prey. So cuddles and affection can make your cat feel trapped, and stress him out more than comfort him.

But the thing that gives cats the most anxiety is sharing their space with another cat. Dr. Bradshaw installed infrared cameras in people’s homes to watch how cats behaved at night – since they’re nocturnal. And just because cats don’t hiss at each other doesn't mean they’re friends. One of the biggest power struggles is over who gets to be in the warmest spot on the human’s bed. And cats are very territorial and will commonly divide up the house so they live in separate spaces.

So what can a cat owner do? First, let them come to you for affection.

Also, don’t get a second cat unless YOU really want another cat. Your cat is most likely fine being solo. There’s a reason why there are dog parks, but no cat parks in the world.