Intelligence For Your Life - Don't Let Your Pet Pack On The Holiday Pounds!

Don't Let Your Pet Pack On The Holiday Pounds!

You aren't the only one prone to packing on the pounds this time of year. Holiday weight gain can be especially dangerous for pets. 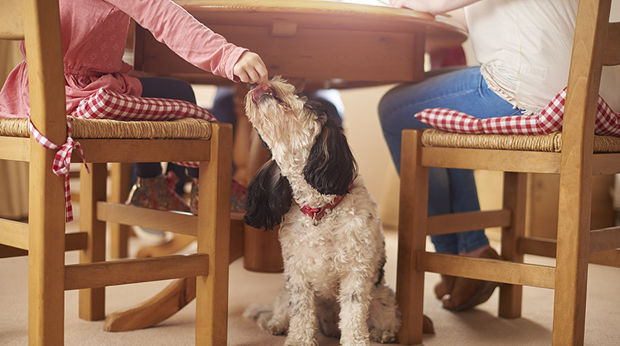 Holiday weight gain is a problem for both people and pets. It turns out that - just like their owners - cats and dogs tend to expand between Thanksgiving and New Year's.

Last year, the Association for Pet Obesity Prevention weighed volunteers' cats and dogs in early November and again in mid-January. The result: Dogs gained an average of one-third of a pound, while cats gained a little bit more.

Now, that may not sound like much. But veterinarian Dr. Ernie Ward says each pound of weight on a dog is equivalent to 7 pounds on a person! And one pound on a cat equals 10 people pounds! And since most people gain only about 4 pounds over the holidays, our pets are beefing up twice as much.

Plus, pets usually don't lose the weight they put on over the holidays. At least, not unless you put them on a diet. And excess weight causes health problems, like diabetes, heart disease, and cancer.

Of course, pets gain weight this time of year for the same reasons we do - too many treats. So, Dr. Ward says not to feed your dog or cat leftovers and table scraps. And to limit the high-calorie treats you put in their stockings. You also want to make sure your pet gets plenty of exercise.