Dogs May Be The Relationship Maker Or Breaker 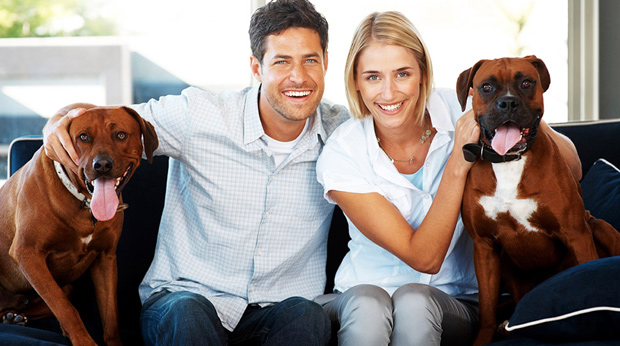 That’s according to psychologist Dr. Kristen Capuzzo, who studied the effect dogs have on couples.

Dr. Capuzzo and her colleagues at the University of Houston questioned couples about their pets and their relationships. The result: Women who owned dogs were happiest when their boyfriend loved their dog, too, and showed it affection. While the lowest levels of relationship satisfaction came from women dating men who ignored their dog.

But does the reverse hold true for guys? Dr. Capuzzo says, “No.” That’s because women tend to be more in-tune with the harmony of the household. And when everyone feels the same way about a pet, there’s less tension. But since guys don’t tend to pick up on the household vibes, if the woman he’s dating doesn’t like his dog, he doesn’t really notice. But guys, women can be jealous of your pet. It turns out, when a guy shows his dog more attention and affection than he shows his girlfriend, women feel jealous and they aren’t happy – and end up resenting the dog.