Intelligence For Your Life - Dogs Get Empty Nest Syndrome, Too!

Dogs Get Empty Nest Syndrome, Too!

Find out how to help your dog when kids go back to school or move away. 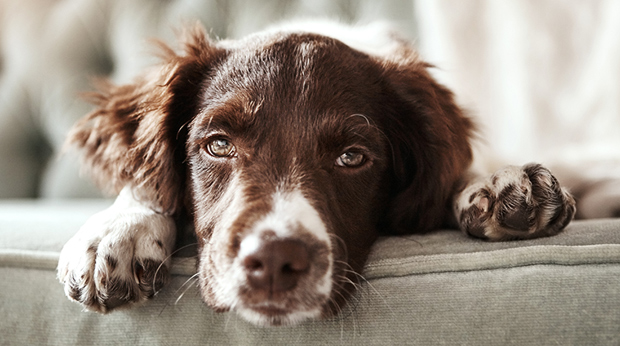 Dogs are such happy animals that it’s hard to believe that they can get depressed. But Certified Animal Behavior Consultant Darlene Arden says that any sudden change in routine can send a dog into a funk - especially if it affects YOUR mood, too. For example, you should expect less tail-wagging when your child heads off to summer camp, or college. The good news is: Dogs are so good at “living in the moment” that most of them recover from a case of the blues within a few weeks. But in case yours doesn’t, here’s what to do:

The first step: Visit the vet to eliminate physical issues… because your dog’s lethargy and lack of appetite could be caused by anything from an infection to arthritis.

Next: Give your pet praise when they seem happier. Dr. Bonnie Beaver is the director of the American College of Veterinary Behaviorists. She says many people try to cheer their dog up by giving them treats… but they may think you’re rewarding their negative behavior. Instead, praise and reward them when they act like their old selves. So, if the only time your dog’s happy is when they’re riding in the car, take them on more trips.

Another good idea: Take your dog on extra walks. That’s because exercise improves the mood of both humans and canines. And – since humans and dogs are social animals - you'll both get a boost of feel-good brain chemicals by hanging out at the dog park more frequently.

But if all else fails – and your dog doesn’t seem to be getting past the blues: Consider an antidepressant. Dr. Beaver says that - just like humans - dogs can experience a shift in brain chemistry… and it’s unlikely they’ll snap out of it without treatment.