Intelligence For Your Life - Do You Talk To Your Dog?

Do You Talk To Your Dog?

Find out why we talk to our dogs… 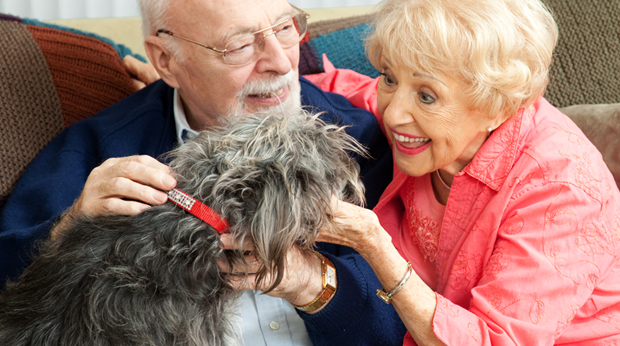 Do you ever talk to your dog? Most people do… and Dr. Alexandra Horowitz from the Dog Cognition Lab at Barnard College found that the things we say have certain patterns. For her research, she simply walked around a city and listened as people spoke to their dogs. And while a lot of people give their dogs commands - like sit and stay - Dr. Horowitz found that a lot of people talk to dogs because they really want to talk to OTHER PEOPLE! In fact, a lot of people ONLY speak to their dogs when others are around. So the dog is a social intermediary - or a middle man, or dog - who facilitates conversations between people. In other words, talking to a dog makes it easier for a stranger to strike up a conversation with a human.

And it’s not just conversations between strangers. We talk to our family, friends, and partners through our dogs. Like a husband saying to his dog, “Your mommy’s so mean tonight. You better sit over here and protect me.” Instead of telling his wife she’s being mean - he says it to the dog to soften the blow. So what Dr. Horowitz found was that when we speak to our dogs, a lot of times, what we’re trying to do is speak to the humans around us.