Intelligence For Your Life - Do Fish Get Depressed?

Do Fish Get Depressed?

Ever look at the fish inside an aquarium and wonder if they sometimes get lonely... 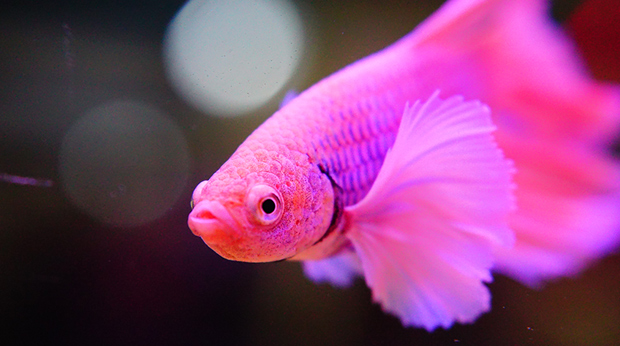 Ever look at the fish inside an aquarium and wonder if they sometimes get lonely, or even depressed?

Believe it or not, marine biologists have wondered the same thing… and after conducting more than 100 experiments on fish in recent years, they’ve come to a unanimous conclusion: Fish depression is REAL! In fact, researchers from Troy University in Alabama have come up with a reliable “tank test” for measuring fish depression. They say if you plop a fish in a NEW tank, and it immediately swims near the water’s surface to explore, it’s mentally healthy. But if after five minutes the fish spends most of its time swimming near the bottom of the tank, it’s likely depressed!

That’s because fish brains – like our own – are wired for novelty. Dr. Victoria Braithwaite is a biology professor at Penn State University… and she says most fish are naturally curious. They love to socialize and explore new environments, because it’s mentally stimulating. So, a goldfish swimming in a plain glass bowl has the highest risk for fish depression – simply because it’s bored!

And by the way: These findings are a big deal because fish brains release neurotransmitters like serotonin and dopamine in a similar way that our brains do … which explains why many scientists now used fish to develop and test new anti-depressants for humans!

So, what do you do if you suspect YOUR pet fish is depressed? Dr. Braithwaite recommends filling your tank with new objects and plants for fish to explore, and change them up from time to time. Also, consider the size of your aquarium. Ideally, researchers recommend at least two square feet of tank for each 3-inch betta, zebra fish, or goldfish.