Intelligence For Your Life - Do Dogs Like To Be Cuddled?

It’s a fact: Cuddling with a pet calms us down and lifts our mood... 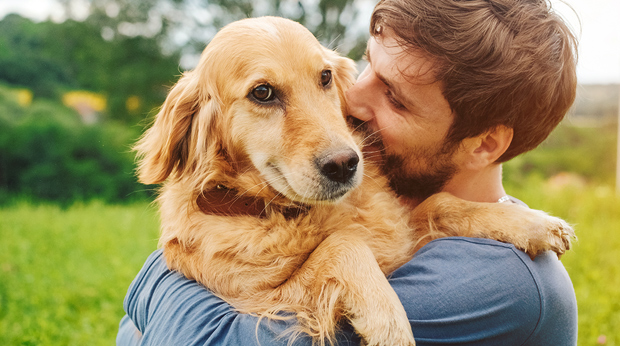 It’s a fact: Cuddling with a pet calms us down and lifts our mood by releasing the feel-good chemical oxytocin. But how do our dogs feel about being cuddled? According to research from the University of British Columbia, they aren’t crazy about it. The scientists looked at hundreds of pictures online, featuring a human hugging a dog. And in 82% of the dog pictures, the dogs were exhibiting visible signs of distress! Animal behavior expert Stanley Coren did the research. And he says dogs are cursorial animals, which means they’re built for running, and run as their first line of defense. But if the dog is being restrained in a hug, they can’t run and that’s when they start showing signs of stress. So what ARE signs of stress in a dog?

•They’ll turn their head away from whatever is worrisome.

•You’ll also see the whites of a dog’s eyes when they’re stressed-out. Because wide-open eyes are better at seeing potential threats. Typically, dogs don’t want to look directly at something that’s bothering them… but they’re afraid to look away, because they’re on guard. Trainers call this look “whale eye” – because whales show the whites of their eyes when they’re feeling stressed and hemmed in… and dogs do the same.

•One final sign of stress? Licking, yawning or raising a paw.

Now, your dog may LOVE being hugged by you. But if you spot any of the signs we went over, there are other ways to show your dog love. We’ll go over them next.