Intelligence For Your Life - Do Cats Mimic Their Owners?

Do Cats Mimic Their Owners?

Your cat is a copycat – literally! Why do they mimic their owner’s habits – everything from eating healthy to sleeping late? 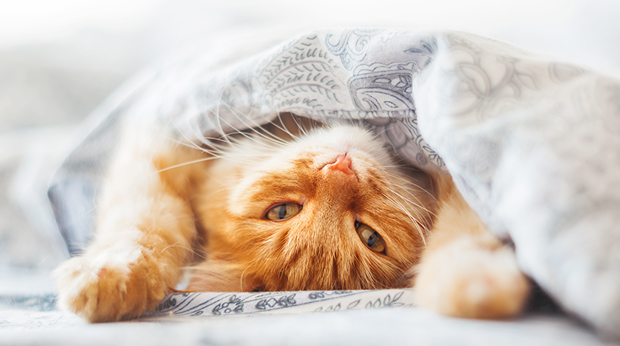 Your cat is a copycat – literally! That’s according to new research that shows cats mimic their owner’s habits – everything from eating healthy to sleeping late!

Researchers studied cats over several months. And all the cats had owners who worked during the day and returned home at night.

The result? Cats who spent more time inside mirrored their owners’ when it came to their eating, sleeping, and overall activity patterns. For example, cats with active owners were much more active themselves. Also, cats with early-bird owners also tended to get up early.

Meanwhile, cats that were left outside at night became much more nocturnal and their behavior didn’t match their owners at all. Instead, they acted more like wild animals!

So, why do cats copy human behavior? Researchers explain that a lot of people think cats are aloof but this study shows that cats are intelligent animals with long memories – and they adapt to what’s going on in their surroundings. They watch us and learn our patterns, then mimic them. Experts say because cats mimic your habits, you should consider this study a serious wake up call to get healthy!

That’s because if you spend a lot of time raiding the fridge for snacks, odds are your cat will return to its food bowl for frequent snacks, too! In fact, the study found that a cat’s food intake was similar to its owner’s.

So, cat people! Keep in mind that every move you make – good and bad – is being watched by your cat and they’re copying your habits to a T!