Intelligence For Your Life - Consider Having A Seahorse For A Pet?

Consider Having A Seahorse For A Pet?

The hottest new pets are seahorses. Thanks to new breeding techniques, a growing number of people are raising seahorses at home these days! 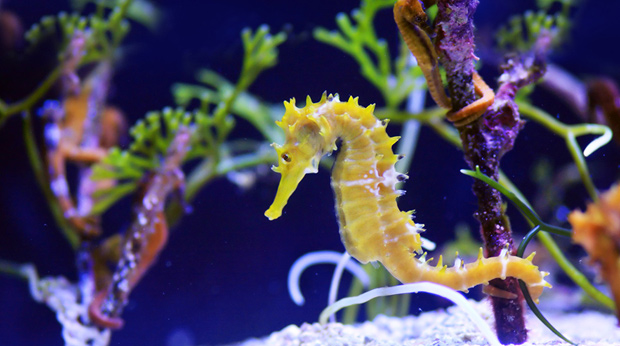 The hottest new pets are seahorses. Thanks to new breeding techniques, a growing number of people are raising seahorses at home these days! And by using special new temperature-controlled aquariums, these so-called “captive-bred” seahorses can live for a decade or more.

Experts say that’s great news for seahorses, who’ve seen their population decline 80 percent in the past decade. In fact, scientists estimate that as many as 10 million seahorses are taken from the wild every year, which is why most species are now listed as “threatened” or “endangered”.

Why is the demand for seahorses so strong? It turns out some countries use them to create drugs to treat kidney disorders or impotency, for example. Other people just love collecting seahorses because they’re so unusual. For instance: In the seahorse world, it’s the males who get pregnant and have babies! But if you’re considering getting a seahorse, experts say you should only get them from a captive breeder. In fact, some states have now banned selling wild seahorses in fish stores.