Intelligence For Your Life - CONNIE'S TECH TIP: Are Our Phones Making Us Sick?

CONNIE'S TECH TIP: Are Our Phones Making Us Sick?

Our phones may be giving us motion sickness! Find out why experts say the problem’s getting worse, and what we can do to avoid it. 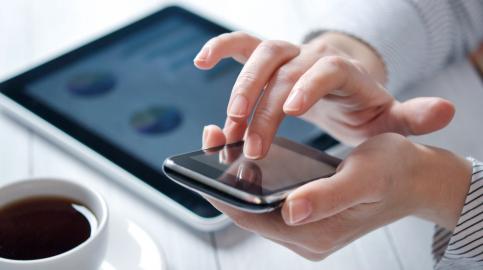 There’s a new type of motion sickness: digital motion sickness. It’s officially called “simulation sickness,” and experts say it’s a new twist on a very common problem. Typically, when we feel motion sickness, it results from a disconnect between what our eyes see and the movement our inner ears feel. And for about 1-in-4 of us, that results in a queasy, disoriented feeling.

And today, many of our hi-tech gadgets are causing the same problem, where we see motion on a screen but our inner ear doesn’t feel the movement because we’re standing or sitting perfectly still. But because the simulated motion tricks our brain into thinking we should be moving, some people find it as disorienting as traveling in a rocking boat, car, or plane. That’s simulation sickness.

Already, at least 1-in-8 people have reported some form of simulation sickness from playing video games, or watching 3D movies. But experts say the problem keeps getting worse as our smartphones get better at mimicking reality. For example, the latest iPhone update makes images appear to “pop out” from the screen, making them look 3D.

And within hours of using the new phone update, many people reported intense simulation sickness. That’s because the technology tricks the eyes into focusing on objects we think are moving closer – even though they’re displayed on a flat screen.

The fix? Unfortunately, there’s no Dramamine pill for digital motion sickness. For now, the best way to avoid it is to “unplug” and take a break from your gadgets. In fact, experts say the more realistic the screen, the more often you should take breaks to avoid feeling sick.