Intelligence For Your Life - Cat Allergies? A New Vaccine!

If you’re allergic to cats, there’s a new vaccine. But the shot isn’t given to YOU... 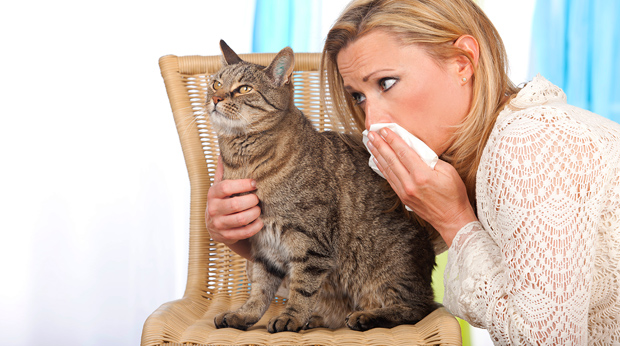 If you’re allergic to cats, help is on the way in the form of a new vaccine. And the shot isn’t given to YOU, it’s given to your cat!

It significantly reduces the protein in cats that causes allergic reactions. That’s according to the American College of Allergy, Asthma and Immunology. The college found that one in ten people have an allergy to cats on some level… twice as many as are allergic to dogs. And kids are more likely than adults to have a reaction. One in seven kids are allergic to cats - and then some grow out of it as they become adults.

Well, most cat allergies are caused by a protein called Fel-d1, which is mainly present in the animal’s fur. It attaches itself to cat dander, and when that dander is shed on things like clothes and couches, the protein gets into a person’s airways.

Researchers spent nearly a decade developing the vaccine, which is called HypoCat, and it neutralizes the Fel-d1 protein by triggering the cat’s own immune system to destroy it. And in studies, all cats injected with the vaccine stopped producing the protein. The vaccine will be available in the next 3 years - and the scientists hope it’ll help more people adopt cats who couldn’t before.