Intelligence For Your Life - Can You Save Your On-Again Off-Again Relationship?

Can You Save Your On-Again Off-Again Relationship?

Are you in an on-again, off-again relationship? Experts say it may be time to cut your losses and move on... 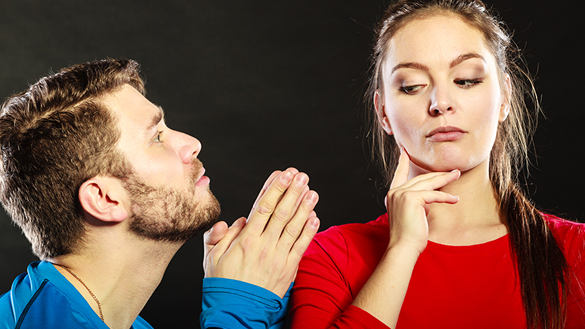 Are you in an on-again, off-again relationship? Experts say it may be time to cut your losses and move on. Why?

Because if you continually break up, it’s clear that on some level you drive each other crazy! And couples who’ve done the breakup dance even twice are more likely to separate or divorce.

Dr. Amber Vennum is a professor of family studies at Kansas State University. And her research shows that 93 -percent of couples in a romantic relationship have split up and made up at least once, and older couples have split up an average of 5 times. But chronic on-off couples tend to be poor communicators. They’re also less satisfied, more uncertain, and more disillusioned than couples in a more-constant relationship.

So, why are on-again, off-again relationships so common? Because they’re easier. Psychotherapist Dr. Jonathan Alpert says it’s scary to go out and meet new people, so it’s easier to get back together. And he describes the typical cycle: At first, you’re happy and in love, but you eventually reach the point where you can’t stand their behavior, so, you get angry and break up. Then, you get lonely, and start missing the good times, so you block out all the negative things that drove you apart.

But even if both of you vow to change your ways and behave differently, you’ll eventually slide back into your old habits, and end up breaking up all over again.

So, can anything save your relationship? Yes, couples counseling! Dr. Vennum says the key to a stable relationship is better communication, something that therapy can help you achieve.