Intelligence For Your Life - Best Way To Train Your Dog!

Best Way To Train Your Dog!

If you’re trying to train your dog - nothing works better than... 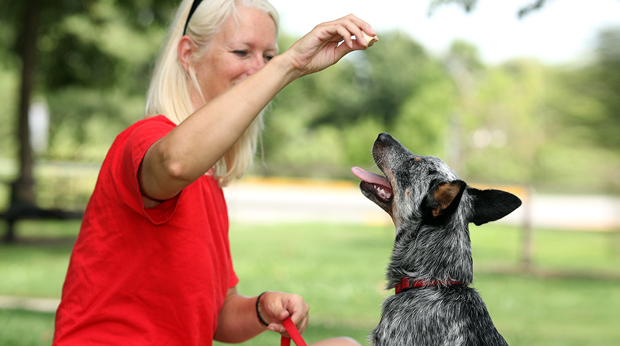 If you’re trying to train your dog - nothing works better than rewarding your dog with treats! That’s according to new research from the Department of Animal Science at Virginia Tech University. They say: Using treats during training is the best way to guarantee that your dog will repeat the behavior you want. And when they conducted a study comparing a food reward, to the reward of petting and praise, dogs were clear about their preference: They’ll work harder and respond faster to food than social interaction.

There’s a new book coming out called “Wag: The Science of Making Your Dog Happy” by companion animal psychologist Zazie Todd… And she agrees with the Virginia Tech research. She says, if you want your dog to obey you, you need to give them treats. She compares it to your boss… If she stopped paying you, you’d probably stop going to work pretty quickly. It’s the same for your dog. Love, praise, walks and play are all good for dogs - but only to maintain behaviors for which they’ve already been trained to perform. However, food used for training should be part of their daily calories, not an addition. An overfed dog won’t work for food… and risks becoming overweight.