Intelligence For Your Life - Be Careful Cooling Off With A Garden Hose!

Be Careful Cooling Off With A Garden Hose!

It’s a summer tradition to cool off on hot days with a garden hose. But beware... 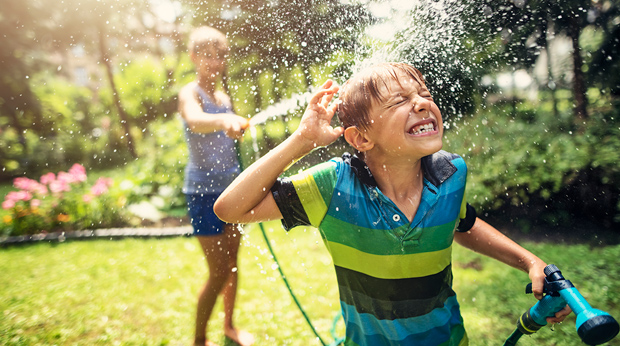 It’s a summer tradition to cool off on hot days with a garden hose. But beware.

Water sitting in a garden hose that's exposed to summer sun can reach up to 190º. That’s according to Dr. Kevin Foster, director of the Arizona Burn Center. That’s nearly 90º hotter than the average Jacuzzi setting! And water that hot can scald instantly - causing severe burns - especially on children. Because their skin is thinner than an adult’s, so they burn faster - and the burns go deeper.

And the journal Veterinary Medicine conducted their own experiment. They filled rubber garden hoses with water and set them out on the grass for two hours on an 89º day. The water reached 120° - which can cause third degree burns, on pets and humans, within 30 seconds! Imagine what would happen on a day that reached 115º, in places like Arizona, Nevada, and California.

So, here’s the safest move: When you turn on your garden hose, let the water run for a few minutes before spraying anyone. That allows the cold water to flow through, and it’ll be refreshing, instead of hot enough to trigger severe burns, and a trip to the ER.