Intelligence For Your Life - Asking Someone To The Prom Is A Big Deal!

Asking Someone To The Prom Is A Big Deal!

Did you ask someone to the prom, or did you have a prom proposal? 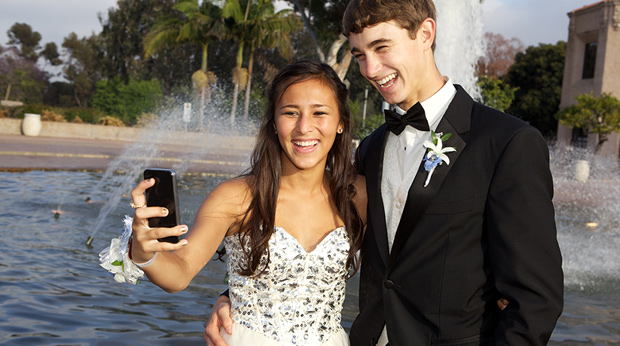 Did you ask someone to the prom, or did you have a prom proposal? According to high school students everywhere, there's a big difference, and they say that simply asking a girl to the prom won't cut it anymore.

Instead, it has to be as elaborate and special as a marriage proposal. In fact, one teen we read about hired a private plane to fly over the school with a sign that said "Will you go to the prom with me?" And another creative teen used pepperoni pizza slices to spell out "Will you be my prom date?" on tables in the school cafeteria. And many students record and upload the proposal on Facebook and YouTube so they, and their friends, can relive the moment again and again. In fact, some videos have hundreds of thousands of views.

So, why is asking someone to the prom such a big deal these days? Experts say it boils down to the fact that teens want to have their own movie moment, and feel swept off their feet. And high school boys are happy to pull off over-the-top prom proposals. It's the ultimate high school competition because guys love trying to create the proposal that every girl talks about. And even though some teens spend hundreds of dollars on elaborate proposals, teens say that the key to a great proposal is simply being creative. For example, one boy we read about wanted a special way to ask his girlfriend, who was acting in the high school spring play. So, he talked to the director, and added a surprise scene where he appears onstage, and asks her out in front of the audience.

So, teens, have you done a creative prom proposal? Or been proposed to? Tell me about it at Facebook.com/JohnTesh, or upload a video.