Intelligence For Your Life - Are You Really In Love?

Are You Really In Love?

Poets and songwriters have kicked around the topic of love for centuries. But if you really want to understand matters of the heart, you need to know what neuroscientists think about it. 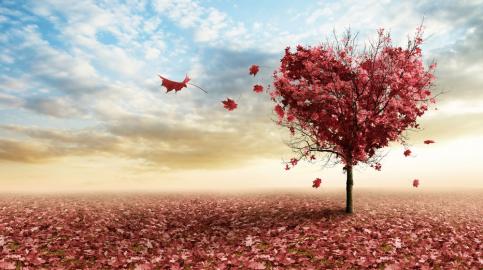 You don’t need to pull petals off a daisy to tell if you’re in love or not. Here are 4 scientific signs you’ve found someone special:

• There’s extra eye contact. Harvard University psychologist Dr. Zick Rubin says that people who are in love look at each other 75% of the time. That’s more than TWICE as often as people who haven’t fallen for each other. Loving couples are also slower to look away from each other when something distracts them.

• You stop noticing other attractive people. Relationship expert and author Helen Fisher says that when two people click, the area of the brain that’s responsible for attention and reward is flooded with the sights, sounds, and smells of their significant other. Which leaves zero room to generate romantic feelings for anyone else.

• You’re also in love if you think your new flame’s perfect. The brains of people newly in love are flooded with chemicals like feel-good dopamine, and norepinephrine – which plays an important role in storing memories. People in new relationships also tend to focus on each other’s positive qualities, while overlooking their negative traits. And to think repeatedly about trivial events and objects that remind them of the person they love. Which means, most of the memories they store are good memories. Which is why they’re highly likely to think their new love can do no wrong.

• You know it’s love when you’re O-C-D – and can’t stop thinking about them. Studies show that people who are in love spend almost 90% of their time thinking about their sweetheart. That’s because levels of the neurotransmitter serotonin plummet when we’re head over heels. And low serotonin levels cause our brain to hyper-focus – temporarily making us obsessive-compulsive about our new love.