Intelligence For Your Life - Are You Ready For The Allergy Armageddon?

Are You Ready For The Allergy Armageddon? 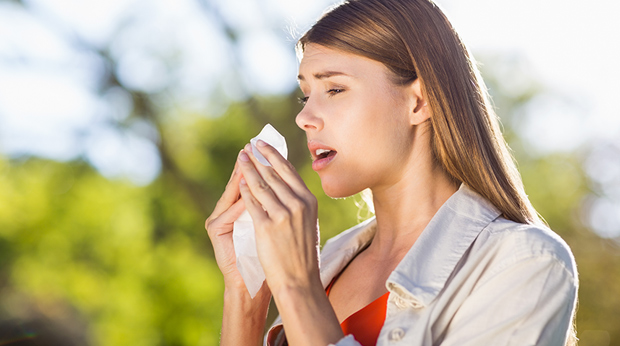 That’s because new research shows that pollen counts are expected to double in the next couple of decades. And that’s trouble for one out of every 5 people who suffers from allergies!

That used to only be a problem in the high pollen producing months of the spring, when plants start blooming after the dead of winter. But winters have gotten milder – which means trees and plants blossom sooner – extending allergy season.

And overall, in the last 100 years, our planet’s temperature has been increasing – and it’s on track to only get hotter.

A lot of it has to do with air pollution. Because carbon dioxide emissions make allergenic plants produce 4 times as much pollen. And studies show that the pollen itself is actually getting stronger, and more potent. Which will make allergy season significantly longer, and more painful.

And the sky-high pollen count doesn’t just affect regular allergy sufferers. It also dramatically raises the risk for people who usually aren’t affected by allergies. That’s because the longer you’re exposed to pollen, the greater the odds it’ll wear down your immune system and you’ll develop a reaction.

So, how can you prep for the future allergy armageddon if you’re a sufferer? Get allergy shots from your doctor! Allergists say the shots are the only effective weapon, because over time, they totally desensitize you to pollen.