Intelligence For Your Life - Are You Giving Your Boss A Gift For The Holidays?

Are You Giving Your Boss A Gift For The Holidays?

We’ll tell you what you should know if you’re thinking about getting your boss a present this holiday and why you might want to rethink the idea. 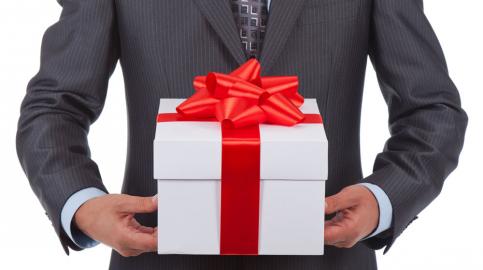 Whether you do or don’t – beware! Experts warn that either decision can potentially hurt your career and paycheck!

Sherri Athay, author of Present Perfect, says that some bosses expect gifts from employees and will resent you if you don’t give them something because they’ll think you don’t appreciate them. Meanwhile, other bosses are extremely uncomfortable accepting presents. They want to keep the boss/employee relationship strictly business. And in some organizations, like the government, military or union work – gifting the boss may be banned.

Some bosses are also concerned that accepting gifts from employees will set off potential ethical issues. For example, say you get a promotion, your coworkers could gossip that it’s because you gave the boss an iPad for Christmas – and not because you’ve been logging overtime and doing great work.

Another boss-gift landmine? Shelling out big bucks on a fancy gift. The boss may think that they're paying you too much and you may not get a raise come review time. Or they’ll think you're loose with money, and may be concerned you have that same reckless approach on-the-job.

So, etiquette experts say your best bet is to give your boss a card and some baked goods – that’s a harmless way of letting them know you value them. And if you feel you need to get them a gift, keep it low-key, like a $20 Starbucks gift card.