Intelligence For Your Life - Are You Getting The Sleep You Need?

Are You Getting The Sleep You Need?

When we’re sleep-deprived, it does more than make us need an extra cup of coffee. 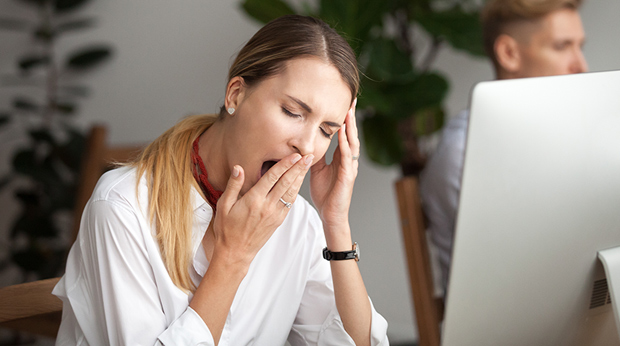 When we’re sleep-deprived, it does more than make us need an extra cup of coffee. Here are a few other ways sleep deprivation affects us.

First: A lack of sleep makes us more sensitive to pain. Volunteers who were awakened after just 2 hours of sleep saw a 24% increase in muscle pain. But when they got a full 8 hours of sleep, their pain was reduced as much as it would be by popping an aspirin. That’s because quality sleep replenishes our stores of serotonin. That’s a feel-good hormone, and without enough of it we’re more sensitive to pain.

A lack of sleep can also make us less compassionate. Researchers found that sleep-deprived people are worse at identifying emotions on other people's faces. That’s because tired brains have a harder time processing visual and audio information. So, we don’t pick up on verbal and body language cues that are being given off.

Then forget “beer goggles.” Being sleep deprived gives you “sleep goggles.” Basically, when we’re tired, our brain operates much the same way as when we’re drunk. We have a harder time focusing, and processing what we see. That’s why, in studies, men and women rate potential partners as more attractive when they’re sleep-deprived.