Intelligence For Your Life - Are You Being Bossy - Or A Bully On The Job?

Are You Being Bossy - Or A Bully On The Job? 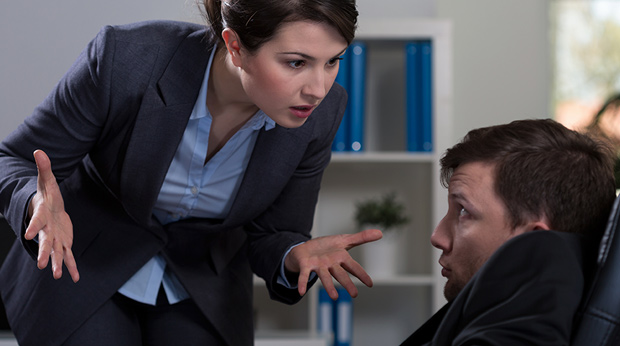 Do you consider yourself a bully? Even if you don't think you are, experts say you could be at work. That's because workplace bullying is at a record high. In fact, a recent survey found that 1 out of 3 employees experience bullying on the job. And many workers don't even realize they're doing it. Psychologists say that's because they think acting tough on the job is a surefire way to climb the career ladder. So, how can you tell if you're being bossy - or a bully?