Intelligence For Your Life - Are We Stressing Our Pets Out?

Are We Stressing Our Pets Out?

New research shows that our pets might not like our attention as much as we think – and we’ll tell you why we may even be stressing them out! 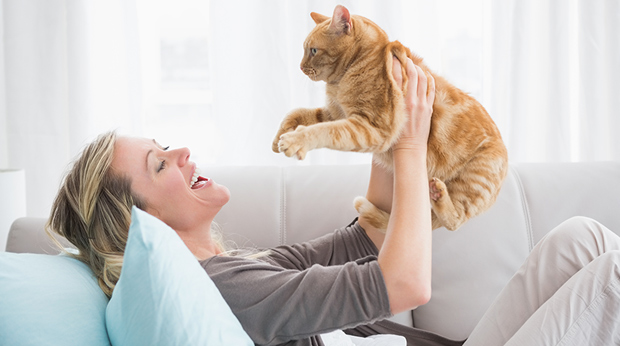 Cat lovers, this may sound crazy, but petting your cat may be stressing them out. A huge international study of animals and their owners found that cats sharing a home with humans – but no other cats - had higher levels of stress hormones after getting human attention. But oddly enough, in multiple cat households, petting wasn’t associated with anxiety.

Veterinarian Dr. Daniel Mills is one of the authors of the study. And he says cats aren’t social animals. So, it’s not likely they feel comforted by the presence of other felines. Instead, he believes that being part of a multiple cat family greatly reduces the amount of attention each animal receives. And less human attention means less stress. Because when a cat lives one on one with a human, they’re always on alert and in a high stress state – worried about being picked up and petted when they don’t want attention.

What’s the fix? Dr. Mills suggests we stop picking up our cats. When they’re ready for attention, they’ll come to us. He also says it’s important for cats to feel like they have somewhere that’s all their own – like a bed or play area – where their owners don’t hang out, and they can go to hide and feel safe.

And if you’re worried that your cat may be stressed out, the results of the study are clear – get another cat and it’ll reduce their interaction with you – and their stress.