Intelligence For Your Life - Are Schools Being Too Strict With Zero-Tolerance Policies?

Are Schools Being Too Strict With Zero-Tolerance Policies? 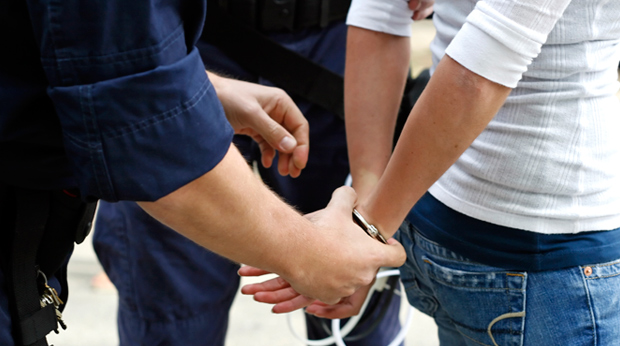 You've heard of zero-tolerance policies, right? They're meant to protect kids from school violence - like kids bringing drugs, guns or other weapons on campus. All across the country, schools have asked local police departments to help stop everything from playground fights to bringing weapons to class. However, in many cases, police are now routinely called to handle non-violent offenses, like writing on school property or talking back to teachers.

Recently in the news, a 6 year old was suspended for 45 days after bringing a camping utensil to school in his lunchbox that was part knife, fork and spoon. A few weeks ago, a 12-year-old girl was handcuffed by police in front of her classmates. Why? She'd scribbled a message on the top of her desk saying who her best friends were. A food fight at a middle school in Chicago ended with 25 kids arrested - the youngest of which was 11.

Critics are saying schools are over-reacting. Emma Jordan-Sampson of the Children's Defense Fund told CNN.com a lot of these minor incidents used to be dealt with by school principals, but now, instead of disciplining kids on a case-by-case basis, kids are being arrested and expelled at the drop of a hat. Several studies show the time an expelled child spends away from school increases the chance he or she will drop out altogether and eventually, end up in jail.

Donna Lieberman with the American Civil Liberties Union says schools should be paying more attention to social work, counseling and therapy. Of course, we all want our kids safe in school - so what's the answer? Talk to your school about their policies and warn your kids. You may want to get a parents group together if you think your district's policy is too strict. A lot of communities have done that, in Texas, Florida and Delaware - and the policies have been revised.