Intelligence For Your Life - Animals Are Great Therapists

Don’t be surprised if your next therapist has four legs, instead of two. 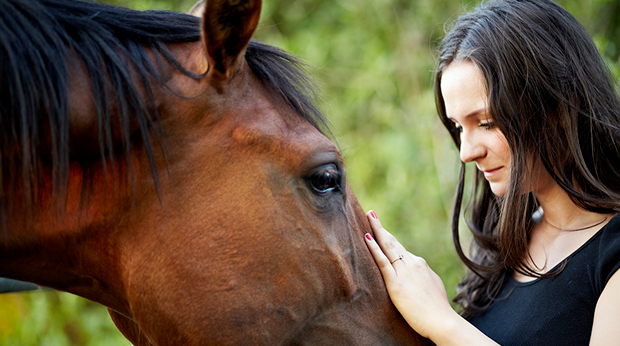 Don’t be surprised if your next therapist has four legs, instead of two. Because there’s new evidence that interactions with animals can help improve mental health, even for people with serious disorders. Here’s a look at what animals can do for us:

First: Horses. They’ve been used in medical treatment in Europe since the 1860s. And just being around horses, whether they’re being petted, groomed, or walked around a corral, has been shown to improve symptoms of post traumatic stress in children and teens.

Next: Rabbits and turtles. Researchers at Tel Aviv University asked stressed-out adults to interact with either a live or toy rabbit or turtle. The result: The toys had zero effect. But people petting a living creature saw a measurable drop in stress and anxiety. Even better, the type of live animal wasn’t important. It didn’t need to be soft, cuddly and furry.

Another excellent therapy animal: The guinea pig. Psychologist Dr. Maggie O'Haire from Purdue University found just having a guinea pig in a classroom of autistic children measurably reduced stress. It also improved socialization, and encouraged the kids to smile and laugh more with each other.

Finally: Even insects can provide therapy. Korean researchers gave elderly people cages containing 5 crickets that needed to be fed and watered. And after 8 weeks, the cricket-keepers were less depressed.