Intelligence For Your Life - Animal Shelters Are Overrun With Chihuahuas

Animal Shelters Are Overrun With Chihuahuas

The nation’s animal shelters are overrun with Chihuahuas, and experts are saying Hollywood is to blame. According to the… 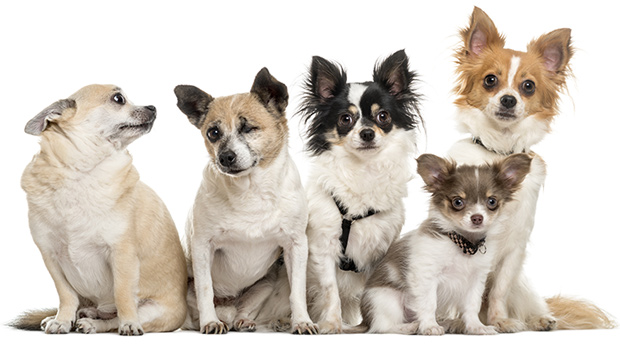 The nation’s animal shelters are overrun with Chihuahuas, and experts are saying Hollywood is to blame. According to the Associated Press, California is one of the hardest hit states. In Oakland they’re getting ten Chihuahuas a day, and in Los Angeles, Chihuahuas have overtaken Pit-bulls as the most prevalent breed at the shelter. Some shelters have so many Chihuahuas that they’ve actually had to remodel the kennels that were meant for bigger dogs to accommodate them all.

So why the national surplus of Chihuahuas? Well, the pet experts are calling it the “Paris Hilton Syndrome.” A few years ago Paris started toting her tiny pup, Tinkerbell, around. She had little pink outfits made for the dog and carried her in a designer handbag. Later, Miley Cyrus and her Chihuahua, Juicy, continued the trend. Then there were the movies. “Beverly Hills Chihuahua” was a surprise hit in 2008, and who can forget Elle Wood’s best friend, Bruiser, in “Legally Blond.” After all that, the demand for pocket-sized-pups shot up and breeders went into overdrive trying to compensate. Then, people who bought Chihuahuas realized that they weren’t just an accessory. They were an animal who had to be fed and taken care of, and because unscrupulous backyard breeders were trying to breed as many dogs as they could, a lot of Chihuahuas were born with health problems that people couldn’t afford to fix when the recession hit. Now, shelters are dealing with the fallout and they’re running out of space and money.

The lesson here is a big one. If you aren’t prepared to care for an animal for the rest of its life, don’t get one. Also, dogs are not for looks. They’re living, breathing beings that depend on us for survival. If you want to help get online and go to PetFinder.org to find a Chihuahua in your area who needs a family.