Intelligence For Your Life - Action Games Can Boost Brainpower! 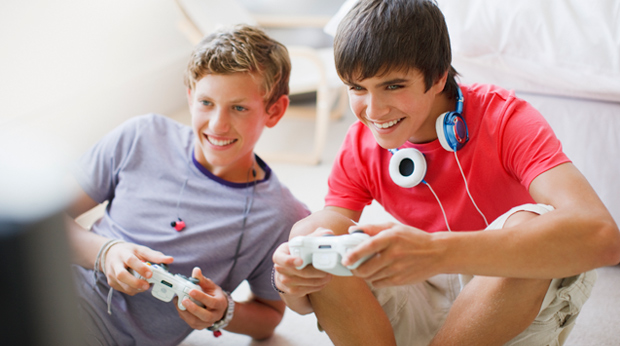 Teens, tell your parents: Gaming can boost your brainpower! Especially action games, like “Call of Duty: Black Ops” and “Sonic The Hedgehog.” That’s according to more than 20 studies on gaming and cognitive abilities.

For example, a study in the International Journal of Communication tracked the daily habits of 12-thousand 15-year-olds and looked at their test scores in school. And time and time again, the teens who reported being “regular gamers” scored significantly higher on tests than those who DIDN’T regularly play video games. How much higher? Well, on science tests, gamers generally scored 17 points ABOVE average… and on math and reading tests, gamers scored 15 points higher than non-gamers!

In most schools, that’s the difference between a “B-minus” and an “A.” The reason? Researchers say a lot of video games involve solving puzzles to advance to the next level – whether that means figuring out how to get around certain obstacles or beat a bunch of attacking aliens! And regular puzzle solvers develop stronger cognitive skills.