Dogs don't cope well when they’re left home alone for long periods of time, and a documentary, called “Home Alone Dogs,” proves it. What can help? 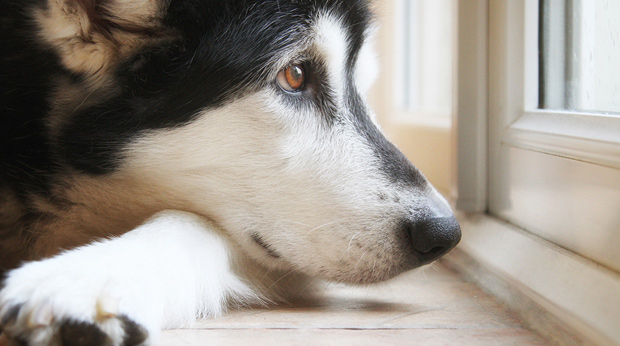 Dogs don't cope well when they’re left home alone for long periods of time, and a new documentary, called “Home Alone Dogs,” proves it. Hidden cameras recorded dogs pacing, spinning in circles and barking or howling for hours. Dogs had bathroom accidents, chewed up couches and shoes, and even tried to escape by frantically scratching at doors and windows.

Veterinarian Dr. Nicola Rooney says that lifestyle changes can leave dogs lonely and bored or feeling like they’ve been abandoned, especially if they’re used to a house full of people and the kids are now back at school or off to college or the adults are back at work. When that happens, one in four animals show signs of depression or separation anxiety. One dog in the documentary slept with his owner-kid from puppyhood, and when the boy went away to college, the dog sat in the hall and howled all night.

Dr. Rooney says even if your dog isn’t acting out, they can still be stressed or depressed. Symptoms include listlessness, lack of energy, loss of appetite, hiding or cowering, and not wanting to play. A dog that’s depressed may not even get out of their bed when you get home. And cats that used to come greet people may hide and sleep a lot more or groom until their skin is raw.

So what can help?